A.was broken out; break away

B.broke out; break away from

C.was broken away; break down

9.Now when people refer to England you find Wales______ as well.

Sometimes two things are to be done at the same time, both worth you___29___.You can only take up one of them, the other has to wait or be ___30___ up.But you know the future is unpredictable(不可预料) —the changed situation may not allow you to do what is left ___31___.Thus you are ___32___ in a difficult position and feel sad.How ___33___ that nice chances and brilliant ideas should gather around all at once? It may happen that your life ___34___ greatly on you preference of one choice to the other.

A woman decorating her Christmas tree Monday was shot in her left arm when a bullet went through her living room window.Police said the incident occurred about 5:00 p.m.A .22 caliber shell(口径的弹壳)casing was found across the street from the victim's home.Police did not find a weapon in the neighbourhood.

Mrs.Wilma Johnson was treated at a local hospital and allowed to go home.A hospital spokesman said she should recover nicely.She is in her late 50s, divorced, and living with Bob, the older of her two adult sons.Bob wasn’t home at the ti me of the shooting.

Police will patrol the area more frequently as a result of this shooting.They don't know if the shooting was intentional or accidental.They are asking the public to help if they know anything.They interviewed the neighbors.One neighbor said he heard a gunshot, but in this neighborhood, he said, he was used to hearing gunshots.

The police also questioned Mrs.Johnson’s ex-husband, Joe, who lives three blocks away.Joe said if he was going to shoot at his ex-wife, he’d make sure he shot her in her butt(头).“That’s a target you could hit from a mile away,” he laughed.Despite such remarks, the police spokesperson said Joe is not a suspect at this time.

1.What was the woman doing when he shot?

B.He was decorating her Christmas tree.

C.She was decorating her room.

D.She was sleeping in her room.

2.Where is Mrs.Wilma Johnson now?

C.She is in a funeral.

3.Which of the following is true according to the third paragraph?

A.The police found the gunman soon after the gunshot.

C.There used to be gunshots in the area.

4.Who was the suspect of the gunshot?

D.No one knows so far.

5.What was her ex-husband’s words “That’s a target you could hit from a mile away”?

C.His ex-wife was too fat.

D.She was sensitive to anything.

LOS ANGELES (Reuters) - Wearing a red clown nose, the Canadian founder of Cirque du Soleil hosted an out-of-this-world performance event on Friday, saying he wanted to use his trip as a space tourist to highlight the lack of water on Earth.

Guy Laliberte's two-hour performance event called "Moving Stars and Earth for Water" linked the International Space Station with singers, dancers and celebrity campaigners in 14 world cities in what organizers called the first event of its kind to be hosted from space.

"I see stars, I see darkness and emptiness.But planet Earth looks so great, and also so fragile," Laliberte said from the International Space Station, where he has spent the past week after paying million to fly on a Russian spacecraft and become the world's seventh space tourist.

"I decided to use this privilege to raise awareness of water issues," he said."I believe that with true art and emotion we can convey a message."

Irish singer Bono, chatting with Laliberte from a U2 concert in Florida, called the former street performer "the first clown in space."

Cirque du Soleil actors gave water-themed performances from Montreal and Las Vegas and dancers from the Bolshoi Ballet performed from Moscow in a show streamed on the Internet and broadcast on satellite TV in the United States, Canada and Latin America.

Laliberte, 50, whose money-spinning circus shows around the world have made him a billionaire, launched his Montreal-based nonprofit One Drop Foundation in 2007 to increase access to clean water worldwide.

Millions of people in developing countries do not have access to clean water, and water-borne illnesses are a persistent(持久) problem in many impoverished regions.

During the show, online viewers from as far away as Argentina, Australia and India were asked to sign "make a difference" pledges to cut back on bottled water, install water saving devices in toilets and make other environmental savings.

2.What did the organizers plan to do in space?

A.They planned to highlight the lack of water on Earth.

B.They planned to do some research in space.

C.They called the first event of its kind to be hosted from space.

D.They wanted to hold a party in space.

4.How did Laliberte earn his money?

A.He earned his money by hosing an out-of-this-world performance.

B.He made money by his money-spinning circus showing around the world.

C.He formed One Drop Foundation from 2007 to make money.

Red leaf fans are now praying for cold weather.The falling leaves of autumn are a complete delight to color-pleased tourists.And the Fragrant Hills in northwest Beijing is not the only place to watch this autumn's scenery.

But the real change in color happens only when a cold snap occurs, usually a drop of 10 C.

Unfortunately for red-leaf watchers, the weather experts are predicting sunny skies and 20 C temperatures for at least another week.

But when the cold change eventually comes, a 230-km belt of red leaves will appear around the outskirts of Beijing.The Red Leaves Project was started by the Beijing Forestry Bureau in 2000.

At the Fragrant Hills, the 12th Red Leaf Festival runs from this weekend to Dec 8 and tickets cost 10 yuan.

The annual event is held every fall, when all the Fragrant Hills are blanketed with fiery(火红的) red leaves.

The abundance of rain this summer has promoted the growth of red-leaf trees, so the viewing time is expected to last until mid November at least.

A Fragrant Hills spokesman said the best time to see red leaves in the park was from now to early December.More than 90 percent of the leaves will turn red during the period.

The park will hold a series of activities such as photography contest and poetry competition.The park is also cooperating with Fragrant Hills post office to design a series of red-leaf postcards.

1.The phrase “this autumn's scenery” in the first paragraph refers to ______.

3.Which of the following is true based on the passage?

D.The red leaves will hang in the trees until December 8th.

C.The Red Leaves Project has been held since 2000.

D.There were plenty of rain during this summer.

5.Which of the following is NOT included in the festival?

During recent years, floods and flash floods have caused billions of dollars in damage each year.They are among the most common and widespread of all natural disasters.Even more importantly, they’re No.1 w eather-related killer.A flood can happen anywhere along the Mississippi,

in New England, even in the desert.

The following are some fascinating facts about floods and flash floods.

A flood(commonly called river flood)is high flow of water from a river or similar body of water, happening over a period of time too long to be considered a flash flood.Flooding is caused in many ways.Winter or spring rains, together with melting snows, can fill rivers too quickly.Heavy rains from hurricanes or other tropical(热带的)systems can also produce river flooding.The Mississippi River Flood of 1993 was caused by repeated heavy rain from thunderstorms over a period of weeks.

Flash floods are quickly-rising floods which are usually the result of heavy rains over a short period of time, often only several hours or even less.They can also be caused by ice jams(冰塞) on rivers related to a winter or spring melting, or occasionally even a dam break.The constant influx(汇集)of water finally caused a great overflow to begin, powerful enough to sweep vehicles away, roll big stones into roadways, uproot trees, level(夷平)buildings, and knock bridges down.The speed of the rising of water is the most frightening.

Do remember: Move to higher ground and stay away from low areas during heavy rain.Stay out of flooded areas.Never allow children especially to play or walk in flowing water.Never drive your car into water of unknown depths.

1.What is the best title for the passage?

3.According to the passage, people are afraid of _____ most during flash floods.

A.great floods resulted from heavy rains in a short time

B.floods rising quickly from heavy rains in a short time

C.quickly-rising floods in a long time

D.floods happening over a long time

A.to tell the readers some facts.

B.to call on the readers to protect the environment.

C.to show the facts of floods and its protection.

I ever worked as a tour guide.One day I saw advertisement in the newspaper.I rang up the company, but I was given the job immediate.They asked me to take a tour around the city next morning.The manager just told me to say anything that I could think about the city.My first tour is terrible.The old bus was not air-conditioned, because it was the middle of summer.It was uncomfortable inside the bus.The tourist soon became very hot and angry.I owned a very hard time.I stayed there for a few weeks, and then left and joined in a better company. 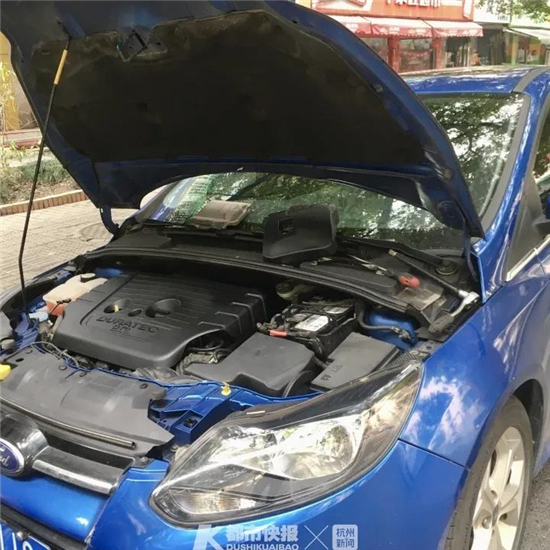 Many people believe that the world’s supply of fresh water will never be used up .They think that fresh water comes from such a variety of sources that it is always sufficient for use .Such an opinion leads to a shocking waste of water.

As a matter of fact, the earth is short of fresh water.Furthermore ,with the rapid growth of the world’s population ,the rising demand for water by industry ,and the serious pollution of our surroundings ,the world is facing the danger of running out of fresh water .Actually ,in some big cities ,fresh water cannot meet the daily needs.

Therefore ,to find new ways to save water is an urgent task.First ,we should pass strict laws to control any waste of water.Second ,scientists must work even harder to purify sea water and polluted water ,and try to find substitutes to reduce the use of fresh water.